Skip to main content
It looks like you're using Internet Explorer 11 or older. This website works best with modern browsers such as the latest versions of Chrome, Firefox, Safari, and Edge. If you continue with this browser, you may see unexpected results.

English 363 - The Things They Carried: Home

As you read these background articles, ask yourself:

What database did they come from?

What type of source are they? (encyclopedia, magazine, newspaper, scholarly journal, book, etc.)

Are the articles fact or opinion? 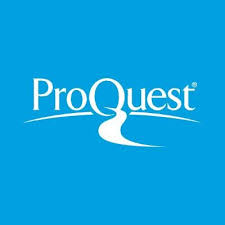 "Where Have All the Vietnam War Warriors Gone?"

"At Quang Nam, a Raid and a Reckoning"
A West Point graduate describes the two years he served in Vietnam.

John McCain writes about his 5+ years of being a POW in North Vietnam.

Allen shares his experiences as a drafted Army specialist in Vietnam from 1970-71. This transcript is long; skimming is okay.

Maurice Isserman writes about attending an antiwar protest in New York in 1967.

“'There Was All This Chaos': Vietnam-Era Antiwar Activists Reflect”

An interview with four antiwar activists.

A soldier in the National Liberation Front in South Vietnam tells his story. Video clip on the left; transcript on the right.

Ho Thanh Dam describes the destruction of his village, Vinh Quang, by American bombs in 1967. Video clip on the left; transcript on the right.

Le Thi Ton testifies about a brutal U.S. assault on her hamlet on January 31, 1967 in which all ten members of her family were killed. Video clip on the left; transcript on the right.

"A Frontline Nurse for the Vietcong"

An oral history from a former nurse with the National Liberation Front, also known as the Vietcong.

Carroll served as a member of the Army Nurse Corp in Vietnam. This transcript is long; skimming is okay.